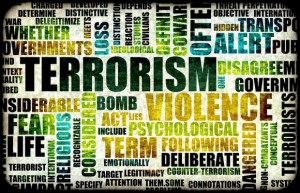 Once again, we fall asleep -or wake up, as the case might be- to the news of a massacre in France. This time it was France. Recently, it was Turkey, or Iraq. It is the daily pulse in Syria and so many other countries. As usual, when these things happen, there are two main currents of opinion.
One side says it is just a bunch of crazed, sick people who wish to harm Humanity for the sake of it, using religion as their symbol and excuse.
Another side accuses a whole religion ( over a billion people) of being responsible for this terror. Even when you prove that this is not true because statistically for every non-Muslim killed, there are several thousand Muslims who are assassinated, they still stubbornly hold on to their opinion.
If religion were the cause, it would be simple. Unfortunately, religion is not the cause, but, in any case, the tool.
The cause is rampant, toxic capitalism.
Who funds ISIS? Where do they get their weapons? Where do they train? This is only the surface of a greater, more complex issue.

Follow the trail of blood to see from whose hands it drips.
Follow the money that gets diverted towards ISIS.
Who benefits? Certainly not Muslims. Certainly not Europeans. Certainly not citizens of the world in general.
Just those who command their army of puppets to increase their hold on a never ending source of slaves. They need slaves to support their obscene way of life. They leech off human blood, sweat and tears.
We are the lucky slaves, the ones who have jobs, houses and food on the table. But we are slaves nonetheless.
As long as we don’t stand up to the powers that rule the world, we will be forced to choose sides because it benefits the few at the top of the economic ladder.

Divide and win.
It is a sad day when the guilty sleep in their mansions and we are left to feel the horror and nightmare of a world collapsing around us because of their greed and absolute disdain for humanity.

We are being lured into a trap. Like a bull being lured by the matador’s ‘capote’, we are told that we should, at the same time, be fiercely proud of our nations and their flags, and that we should create a
unified culture that has no specific signs of identity. There is an implicit danger here. We are being told contradictory things. It is up to us to decide what to do. Politicians won’t do it for us.
I wish all cultures equally free to take pride in their identity while respecting others. I wish all cultures united in the common defense of their values against the Beast that rips apart countries and lives for their own benefit. I wish cultures to defend their right to be, to exist.
We are legions. We need to wake up and rattle the creators of this chaos til their bones are dust.
Too many coincidences to believe they are just random acts caused by sick minds.
Too many lives lost.
How many more lives will it take before we actually stand up and take our world back?

Life on the local-foreign divide