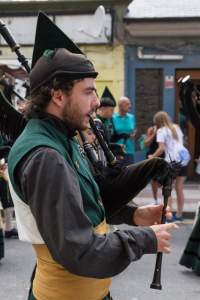 ‘Half a lifetime ago, today, everything changed. And as could be expected, no one said a word about what you need to do to assimilate it.
I spent the day waiting for the day to go by, wishing you would finally appear. Near eight o’clock, you decided to show up, screaming your head off. Your first dinner was a good one. Mine, a ham sandwich from a nearby bar and a bottle of water. The following day, I got cold shivers. I looked at you, scared to death, thinking how in the world was I going to be able to raise you considering the complexity and demands of motherhood. As for you, in between feeding and sleeping, you fixed me with The Look: you know, that look you give everyone when you get tired of trivialities. The Look that says, ‘Come on, man…it’s not so tough, don’t flip out…’
From then til now, half my life has gone by learning from you and with you. Your whole life, which is being a fascinating process to behold.’
Today is my oldest son’s 24th. birthday. I wish to celebrate this awesome, life changing fact the way it deserves to be. With pride and wonder at the human I have helped to raise. With pride and amazement at myself for having been able to do so without jeopardizing my aim of making him as free as the world and his capacities allow.
On that first long night together when I became a mother almost a quarter of a century ago, I promised my son that my fears and limitations would only be mine, that I would not pass them on to him, that I would encourage him to lead his own existence beyond my limited horizons.
I have kept my word.
Jeopardize

2 thoughts on “Half A Lifetime Ago”