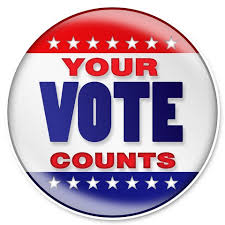 It promises to be a hot November, politically speaking.
The American elections draw near and the outcome is anything but clear, in spite of what many Clinton supporters would have you believe.
Donald Trump is still supported by many of his followers for no other reason than that they want a change in the status quo and they believe that he is the right person to bring about that change,no matter what scandal arises. They feel that Hillary Clinton has been around too long and knows too much. She isn’t liked because she is perceived as an insider to the political establishment, which she is. This means that she is seen as an intellectual snob, something that is not easily forgiven.
Many people, perhaps millions, want to vote for another candidate but they are consistently told that it’s useless. And if millions are made to believe it, Jill Stein or Gary Johnson won’t stand a chance because everyone believes that their vote alone is worth nothing. See the irony? There are more candidates than the two but voters are made to believe that it would be a waste of a vote to opt for a third party candidate. Somehow, they think that this attitude of ‘voting for a practical reason’ is a sign of democracy and those who wish to do differently are putting democracy in danger.
The democrats are accusing Russia of all the setbacks that they cannot accuse Donald Trump for. Trump is promising to put Hillary in prison if he’s elected. Why is the democratic party insisting on focusing on Russia?
They’re getting ready for war. They’re creating the perfect atmosphere for people to support an armed conflict with Russia. What American and European citizens don’t realize is how much our governments are to blame. You don’t go poking a bear and expect it to just accept it. Russia is surrounded by NATO bases. Neither Europe nor the USA are.
There are deeper causes and reasons. as well. It is becoming increasingly difficult to be proud of your unique culture without being called racist. We should all, it seems, embrace the death of local or national (not state) cultures in order to make way for a world culture in which there’s no distinction whatsoever between countries and peoples.
Since when do you have to give up being you to appreciate your neighbor? Since when being proud of your culture in a non-derogatory way is bad, racist or xenophobic? I wish all cultures to be proud of themselves. If they’re alive it’s because they are still valid. What good will it do the world if we give up our unique traits and customs? Like I always say, who does it benefit?
I know that some cultures have been undermined and belittled and attacked. Somehow, doing a collective hara kiri I think will solve nothing. It’ll only benefit those who are already on top. Acknowledgement to the validity of all cultures must be made. They are all useful and constitute the biggest wealth of humanity.

One thought on “The Choice of Democracy”