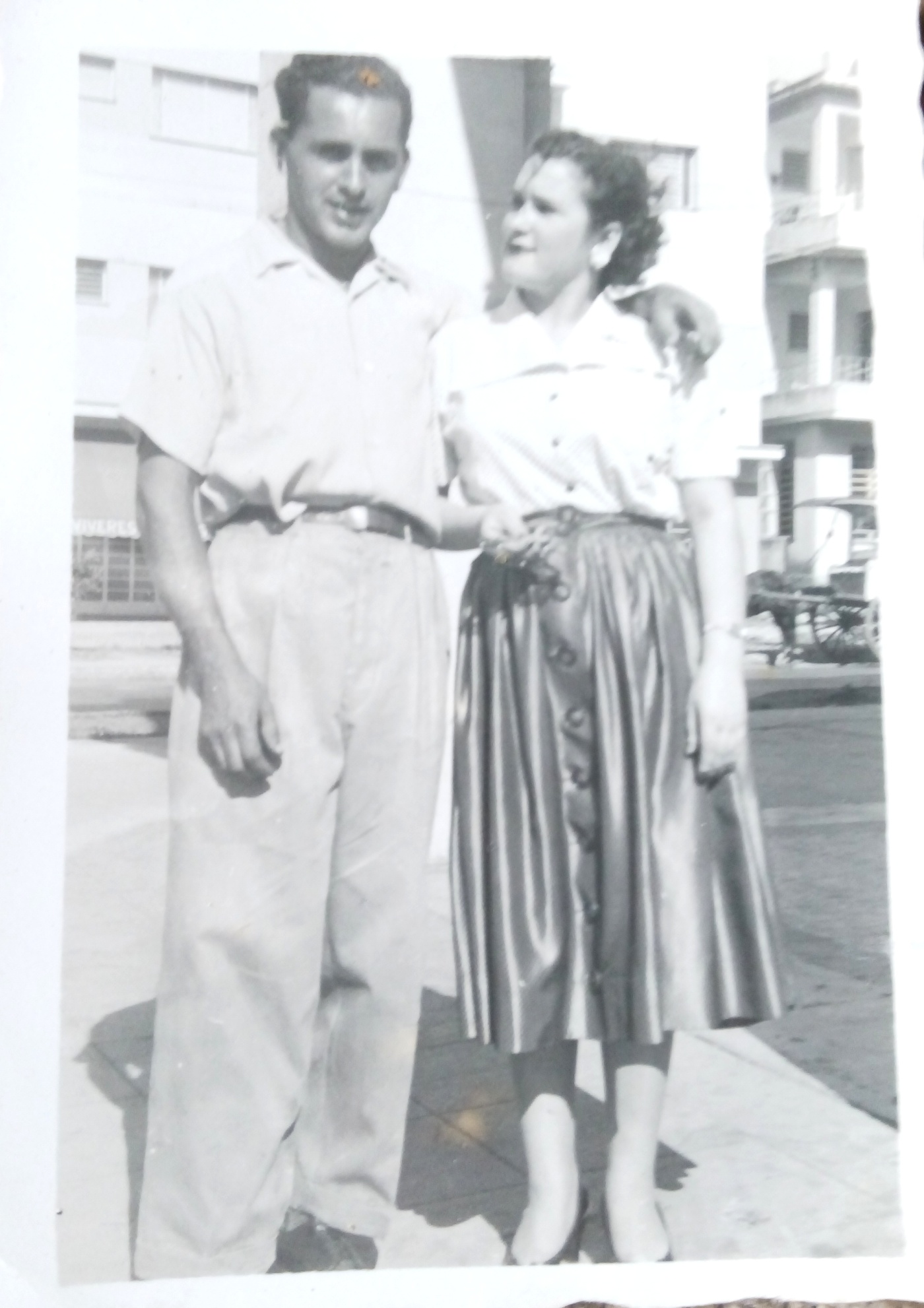 Some people are meant to stand out. They aren’t supposed to meekly follow the herd, but to lead the way along the rough and tumble road to the future. Their place is at the front of the line, where they are first to take a step, first to take a fall, first to get up again.
My godfather and uncle Manolo was not just my mother’s older brother, the one that preceded her in the line of seven children that my grandmother Pepa raised almost on her own. He was the most boisterous of an energetic, hardworking bunch. Manolo was just eight years old when his father died. Pepa was always wondering what he would be up to next. There was no reining in his restless spirit. When the endless chores of the farm gave him a break, he was to be found cycling off to meet a girl in the next village or riding wild horses bareback. Or roasting a chicken over an open fire to celebrate with his friends before going off to the north of Africa to do his military service. If there was a cave to explore, there he went, dragging along a handful of mates, attracted by his charisma and then inevitably paying the consequences of daring to be bold.
He was the essence of the wild heart of western Asturias.
I always remember my godfather Manolo lifting heavy washing machines and air conditioners, which he repaired ‘by ear’. He said that if you listened to it, the machine would tell you what the problem was. He was incredibly funny and had a special knack with children, which he made roar with laughter by imitating a wild boar.
He was the Best Man at my parents’ wedding and my godfather, privilege I shared with my cousin Amador. I think he got the two most like him of his two dozen nephews and nieces. He certainly was admired by both his godchildren.
He was what is commonly known as a free spirit. He walked in leaps and bounds, striding confidently forward, heeding only the beat of his own drum. Fearless, strong, charismatic and proud, he taught everyone around him that life is for the brave and that if you follow every rule, you will not get any closer to your dreams.
As we mourn his death, we will also remember his example. He was genuinely himself in every circumstance.
His was a life well lived, with few regrets. I will do my best to honor him by following his footsteps. If I ever lose my way, I’ll think of him and say , ‘Hell, I’m doing it anyway!’
He will always remain in our hearts as a shining example of freedom and the courage to be yourself, come what may.