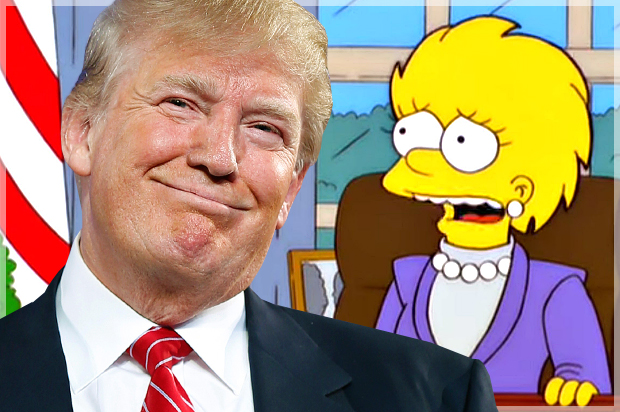 So the buffoon, the liar, the misogynistic, sexist homophobe has done the unexpected. Donald Trump has won the elections and therefore become the 45th. president of the United States. According to some sources, Trump was elected by little more than a quarter of the voters. Only 56.9% of voters cast a ballot. Clinton won the popular vote. All the polls and pundits’ predictions have gone up in flames, once again. With them, the confidence of many who believed in democracy as the best way, or the only way, to make progress as a society.
And once again, I will give my view on why this came to be. I
know many people who would vote for him. I’ve seen it here in Spain and I am seeing it still, both nationally and locally. A candidate like Trump makes them feel good about themselves because they think: if he talks just like me (so I can relate to him) so if he’s the president, then I’m not a total failure. I think that is what draws people to him. He says what they think and dares to say it in an ‘unsophisticated’ way. It’s not just their VIEWS he gives voice to, he resembles THEM!
Many people, perhaps millions, wanted to vote for another candidate but were consistently told that it was useless, or worse, helping the enemy. And so, Jill Stein or Gary Johnson didn’t stand a chance because everyone believed that their vote alone was worth nothing. See the irony? There were more candidates than the two but voters were made to believe that it would be a waste of a vote, or treason, to opt for a third party candidate. Somehow, they thought that this attitude of ‘voting for a practical reason’ was a sign of democracy and those who wished to do differently were putting democracy in danger.
The Establishment has decided to let Trump win because he is easier to manipulate, as all megalomaniacs are. He will take the tumble if things don’t go as planned. Clinton is a veteran of the Establishment and knows all the ins and outs. All the speculation about her using a private server is easy to understand if you think that, to her, she is the Government so she can and should be totally trusted.
They’re getting ready for war. They’re creating the perfect atmosphere for people to support an armed conflict with Russia. What American and European citizens don’t realize is how much our governments are to blame. You don’t go poking a bear and expect it to just accept it. Russia is surrounded by NATO bases. Neither Europe nor the USA are.
There are deeper causes and reasons. as well. It is becoming increasingly difficult to be proud of your unique culture without being called racist. We should all, it seems, embrace the death of local or national (not state) cultures in order to make way for a world culture in which there’s no distinction whatsoever between countries and peoples.
Since when do you have to give up being you to appreciate your neighbor? Since when being proud of your culture in a non-derogatory way is bad, racist or xenophobic? I wish all cultures to be proud of themselves. If they’re alive it’s because they are still valid. What good will it do the world if we give up our unique traits and customs? Like I always say, who does it benefit?
I know that some cultures have been undermined and belittled and attacked. Somehow, doing a collective hara kiri I think will solve nothing. It’ll only benefit those who are already on top.
Acknowledgement to the validity of all cultures must be made. They are all useful and constitute the biggest wealth of humanity.

3 thoughts on “The Rise of The Unwise, Part Two. The Flames of Democracy”