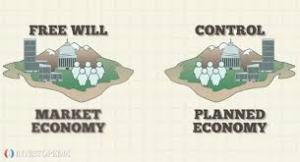 Can our perceptions deceive us? Can group pressure make us blind to reality? What type of world are we headed for?

,In this article, Rutger Bregman points to different possible answers and makes a case for universal income, on which he has researched extensively and lectured about. This interesting piece starts with the case of a woman, Dorothy Martin, who was convinced that the world would end on the 21st. December, 1954 and proceeded to convince a group of people who subsequently left their jobs and families in search of salvation through alien intervention. What makes otherwise intelligent, capable people irrational and rash? What makes them willing martyrs for a cause that is dubious at best?

He then proceeds to explain the ideas of the economists Friedman and Hayek, who were firmly convinced that ideas mattered. They created  neo-liberalism, a marginal and radical idea that in under fifty years became not the exception, but the norm. They believed that economists were destined to be the main thinkers of society.

Here is an excerpt from the article:

“When Lehman Brothers collapsed on September 15, 2008, and inaugurated the biggest crisis since the 1930s, there were no real alternatives to hand. No one had laid the groundwork. For years, intellectuals, journalists, and politicians had all firmly maintained that we’d reached the end of the age of “big narratives” and that it was time to trade in ideologies for pragmatism.

Naturally, we should still take pride in the liberty that generations before us fought for and won. But the question is, what is the value of free speech when we no longer have anything worthwhile to say? What’s the point of freedom of association when we no longer feel any sense of affiliation? What purpose does freedom of religion serve when we no longer believe in anything?”

One thought on “How Economic Ideas Can Change the World. When We Choose to Believe.”