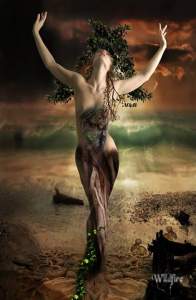 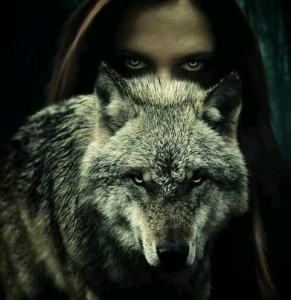 I Am A Woman Now.

Of course, I belong to a different generation. We are working women. Career women. We haven’t been relieved of our duties as wives, mothers and daughters but we gotta be ‘one of the guys’ ! We shouldn’t complain about the uneven playing field, just play the game and work twice as hard. Not too sensitive or demanding with men. Ruthless with ourselves and other females. Criticise men but secretly wish you were one of them. Yes, I’m getting cynical here. My apologies.

We were freer than previous generations of women. We aspired to Everything. Reality somehow fell a bit short.

In my case, as the only daughter of ‘old’ parents (in the late 60s, being a new mother at 41 was considered old), I was responsible for the family happiness. My father had wanted a boy. He wasn’t disappointed after I arrived, however. In any case I was expected to fulfill the expectations of both the oldest son and the only daughter.

The myth of only children being spoilt was, in my case, as far from the truth as the Earth is from the Sun. I was told to be obedient, strong, independent (from everyone but my parents, of course) and questioned for my reasons to do or not do anything and everything, whether it was selecting a pair of socks or choosing a husband. My reasons were never quite good enough.  Because I’m a Woman Now.

I always remember two occasions in which my parents made me feel insecure and guilty. One was when I was 16 and had bad grades in a couple of subjects at school. My dad sat me down and told me off for not trying hard enough, and if that weren’t enough he said that if I slept around and got knocked up, he’d throw me out of the house. Who…ME? The idea made me feel guilty and stupid for feeling guilty. I was not a popular girl. There was a slim chance, virtually inexistent, that I would be so foolish as to ‘sleep around’, or find anyone willing to risk sleeping with ‘The American’.

On another occasion, at the age of 21, I won a week’s trip, with all expenses paid, to Paris given by the Alliance Française  for being an excellent student of French language and culture. I went home delighted with the news. My dad listened quietly and when I’d finished, hopeful that he’d be ok with it, he calmly stated that if I was old enough to decide to go, I was also old enough to find another place to live when I got back. I knew that it was not an empty threat. They’d eventually let me move back, but I’d have to plead and find somewhere to stay for a few days.

Why this attitude? Because I’m a girl, therefore at risk for any pervert or sweet talker to rape me. I am not capable of defending myself because, you know…men are stronger. And I do  not know the difference between genuine interest in me or just a guy wanting to get laid. Because I am not supposed to be that smart. Because I am a girl. Furthermore, why would anyone have any legitimate interest in me? Who would love me if not those who must? Everyone else has a guarded interest in me. Because I’m A Woman Now.

I could have become extremely insecure. Instead, I became extremely responsible and extremely prone to feeling guilty about almost everything that happened in my life, even when logic told me I had nothing to do with it. Why? Because I’m A Woman Now.

Many men want their wife or girlfriend to be not only a partner but  a lover, mother. organiser, coddler, life saver. They, the poor guys, do what they can while their multi-tasking, maxi -stressed woman cannot opt to do much more than care for their ‘baby’, lest they be tagged as a bad, selfish , ungrateful person. It is a tendency that bewilders me. It is also something that isn’t talked about. Why? Because Real Women don’t complain.

A woman is not the soul of the family, because souls are not ‘human’ or fallible and we need support, even if it’s just a hug. Or having someone do a chore so you won’t have to without having to demand it when you’re so tired that you give in and complain and nag. Just because I’m a woman doesn’t mean I’m better at chores or that I’ll never tire of doing them.

Now that I Am A Woman, I understand  the famous Simone de Beauvoir quote that says that you are not born a woman, but that you become one. This is not arbitrarily decided by biology, but acquired through daily struggles and through the effort of becoming who you’re meant to become.

Now that I’m a Woman, I value those people who come into my life to make it better and make me feel lighter, the weight of the world no longer on my shoulders.

Now that I’m A Woman, I will hold no one responsible for my shortcomings.

Now that I’m A Woman, I will embrace my triumphs and celebrate myself.

Now that I’m A Woman,  I will fear less, love deeper, dare boldly.

Because I Am A Woman Now.

3 thoughts on “You Are A Woman Now! The Green Dog View on Being Female-Part 2”