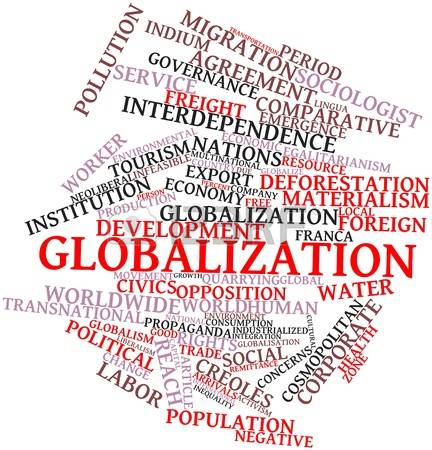 What is happening in the world when it seems as if everywhere you look the same  worldwide current of globalization is becoming toxic for the majority of the people?

When people say that we are all human, which is obvious, they often forget that we are not born equal.

No, we aren’t. Or would you say that you are like that corrupt politician or like a serial killer? Are we like the 1%? I doubt it.

Then why the brutal emphasis in confusing equal rights and obligations with equal capacities, needs, aspirations and attitudes?

These are currents that  apparently strive to integrate and homogenize but that really aspire to create a false global culture which is convenient to the rich and powerful. As I’ve said in other posts, if you shame the elders and uproot the young, you disintegrate a culture, leaving it at the mercy of the strongest cultural wind: the one that the elite want, the one that keeps us all in a position of subservience.

Throughout history, democracy has not been what most people understand as ‘democratic’, that is, a government for the people, by the people. Or at very least there have been  near constant waves of rebellion from the lower classes followed by backlash  from the upper classes to try to reestablish  a system which favours them and their interests. According to James Madison, “The use of the Senate is to consist in proceeding with more coolness, with more system, and with more wisdom, than the popular branch.” (Wikipedia, ‘ History of the American Senate’)

In his seminal work, ‘The Wealth of Nations’ (1776), Adam Smith points out that “All for ourselves and nothing for other people seems, in every age of the world,  to have  been the vile maxim of the masters of mankind” .

There has been an enormous, concentrated, coordinated business offensive beginning in the ’70s to try to beat back the egalitarian efforts of previous decades that went on all over the Western world.

The ruling elites concluded that the people were becoming too educated, so the schools must be brought under control.  Academic autonomy for schools and academic freedom for educators have come under increasing attack. The institutions of education and socialisation have become the tools for indoctrination. As the ’70s give way to the ’80s, Western culture largely shifts from a more egalitarian worldview to a more individualistic, or depoliticised and/or apathetic, consumerist worldview. This way of shaping ideology has only got worse since then and up until the financial crisis of 2008.

Another circumstance is that since the 1970s, there’s been a concerted effort on the part of the masters of mankind, the owners of society, to shift the economy in two crucial respects.

The financialisation of the economy means that moving money around in complicated ways produces more benefits for corporations than actually manufacturing goods or providing services. In previous decades, between the 40s  and 70s, the directors of major companies were experts in their fields: engineers or economists. Now they are financial directors, experts in financial trickery.

Offshoring, producing in other countries which have less regulations as to welfare or salaries is the global race to the bottom of the labour barrel. It pits workers to compete against one another to lower wages.  Meanwhile, highly paid professionals are protected. Yet, the classics,  such as Adam Smith have long argued that free circulation of labour is the foundation of any free trade system. Workers aren’t free to move,  but capital is.

Through the manoeuvres of these financial CEOs , corporations have steered the economy in such a way that  through regressive tax policies, such as shifting taxes to wages and consumption and away from dividends and capital gains, the burden of sustaining basic services through taxation has been shifted from those that earn more and have more dividends to ordinary people who have seen their income tax and general taxes increase, while declining steadily for dividend holders. Here we encounter a new term, the Precariat, that is the precarious proletariat.

The glue that held societies together was quite often solidarity.  It fostered empathy and harmony. From the point of view of the masters, you’re only supposed to care about yourself, not about other people, so solidarity is a dangerous trait. The steady chipping away of community ties through pitting different groups of people against each other leads to a lack of empathy and willingness to contribute to the community unless you are benefitted from it directly has been a constant.  Attacks on organized labor mean that workers will not have a chance to join together and fight for their rights. They will effectively be isolated in their struggle for better working conditions. The goal of directing people to superficial consumption as a means of keeping people in their place was explicit and has been reached. In a market economy, informative advertisements would result in rational decisions. But actual advertisements provide no information and promote irrational choices. This means not just ads for automobiles and soap, but also election campaigns for candidates. Obviously, obsessive consumers are not born, they’re molded by advertising.

The 1970s saw enormous growth in lobbying. It is now routine for the interests being regulated to control the regulators, which makes things much easier on the regulated. The creation of corporate personhood, the equation of money with speech, and the lifting of all limits for corporations makes it possible to keep the vicious circle of wealth buying power and power legislating in favour of wealth. If you can buy your candidate you can change the course of elections. Ultimately, the so-called nanny state favours not the poor or needy but the rich.

Globalisation is, in sum, a manoeuvre  by and  for the further enrichment of the wealthy.

If the local and regional cultures of people die out, so will the solidarity among them and we will be faced  with a grim future. This only benefits the mega-rich, who know full well what culture and class they belong to. They are the Masters of the world. They do not need to be aware of anyone’s needs but their own. It is inconvenient for them that we have anything to be proud of, anything to bind us together except just being human.

For the 1%, the World is their oyster.

A global society based on the vile maxim that Adam Smith pointed out in ‘Wealth of the Nations’, ‘All for me, nothing for the rest.’ is bound to be catastrophic.

And for the rest of us – bread and circuses.